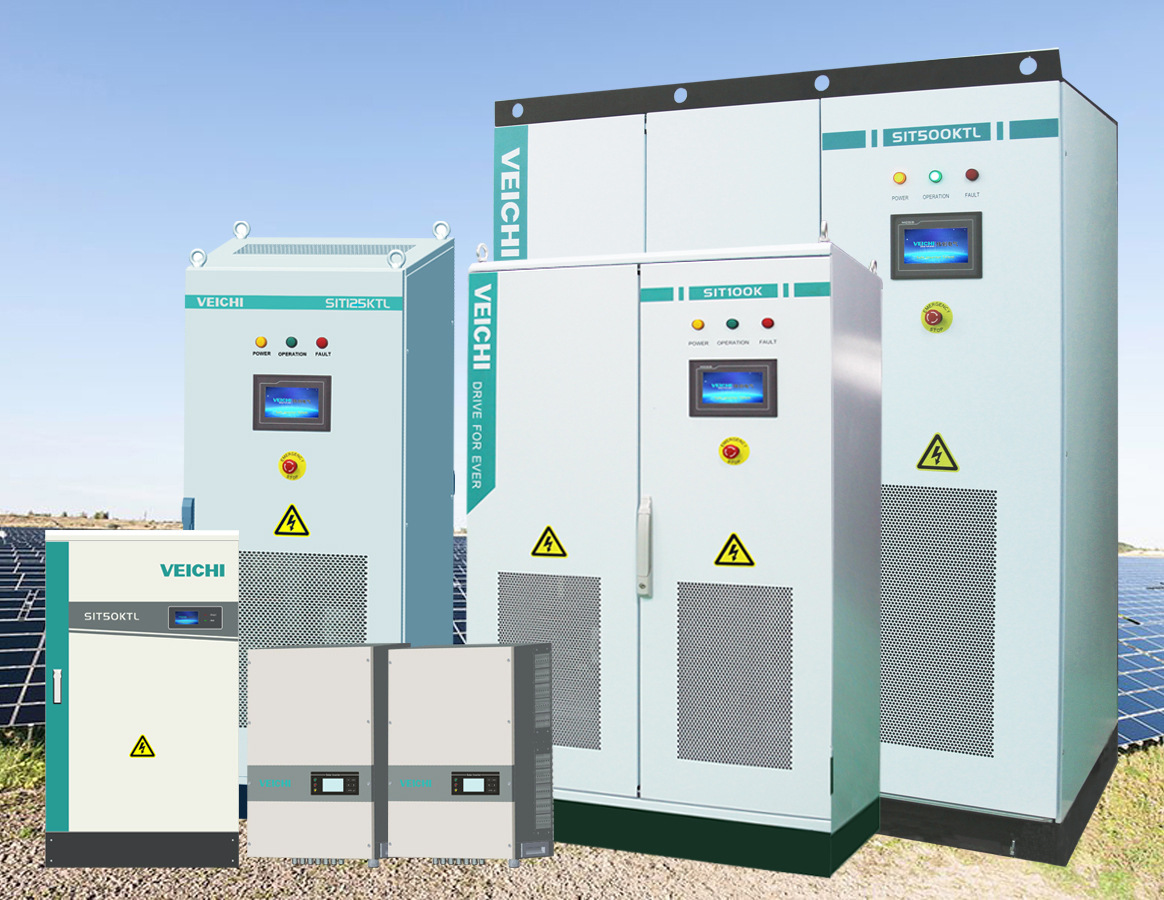 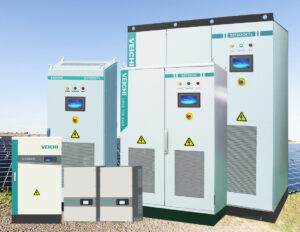 What is a photovoltaic inverter

The inverter is a power adjustment device composed of semiconductor devices, which is mainly used to convert DC power.

Convert to AC power. It is generally composed of a boost circuit and an inverter bridge circuit. The boost circuit boosts the DC voltage of the solar cell to the DC voltage required for inverter output control; the inverter bridge circuit converts the boosted DC voltage into an AC voltage with a common frequency equivalently. The inverter is mainly composed of switching elements such as transistors. By regularly turning the switching elements on and off (ON-OFF), the DC input is turned into an AC output. Of course, such an inverter output waveform simply generated by opening and closing the loop is not practical. Generally, it is necessary to use high-frequency pulse width modulation (SPWM) to narrow the voltage width near the two ends of the sine wave and widen the voltage width in the center of the sine wave, and always make the switching element move in one direction at a certain frequency during the half cycle, thus forming A pulse train (quasi-sine wave). Then let the pulse wave pass through a simple filter to form a sine wave.

The composition of components:

100KW: The detection current is about 300A, and the JCE308-TS7 current sensor is generally used

250KW: The detection current is about 500A, and the JCE508-TS6 current sensor is generally used

500KW: The detection current is about 1000A, and the JCE1005-FS current sensor is generally used

1MW: The detection current is about 2000A, and the JCE2005-FS current sensor is generally used

BRS series current transformers are generally used, ranging from hundreds to thousands of A, and the output signal is generally 0-5A as the standard

Energy saving and environmental protection are the focus of everyone’s attention. The photovoltaic industry has become a popular industry from Europe, Australia, and now China. In just a few years, domestic photovoltaic inverter manufacturers have sprung up, but how to choose a solar inverter This is still a certain standard.

The inverter is a key component in the solar photovoltaic power generation system, so it has high requirements for the inverter. When selecting an inverter, attention should be paid to whether its technical specifications meet the requirements of the system design. Generally focus on the following technical indicators.

1) Select the appropriate input and output voltage range to ensure the optimal combination of products.

5) The inverter output current waveform distortion rate (THD%) should be lower than 4%.

It is recommended to buy a brand with a good reputation in the current market, because generally a company with a good brand image usually has a large investment in technology and maintenance services, which can meet the commitment to customers.

2. Photovoltaic inverters require high reliability. In 2012, the photovoltaic power generation system was mainly used in remote areas, and many power stations were unattended and maintained. This requires the inverter to have a reasonable circuit structure, strict component selection, and requires the inverter to have various protection functions, such as input DC polarity reverse protection, AC output short circuit protection, overheating, overload protection, etc.